Qualifying an opportunity – Is it a top three problem?

Have you or your team been in a situation when you have spent months or sometime even years positioning for a government services opportunity to unseat the incumbent because you have heard their performance has been below par, put together a great solution and proposal, done great at interviews/orals only to find out the incumbent has been awarded the contract? If you are like me who has been working in this space for several decades, you will likely say, ‘Yes, many times.’.  The leadership is disappointed with the entire pursuit being expensive for the company, but more importantly the team is demoralized, which is a larger problem over the long term. Especially in government sales, you cannot afford to have many of these occurrences as the cost of pursuits is far greater than other sectors.

While there are many reasons for why you may not have won, the one that typically stands out in the incumbent performance situation is the following: The client had other higher priority problems to deal with and they did not want to make a change even though the incumbent was not performing well. You now learn that while this problem was important for the client it was NOT one of the top three priorities for the client (especially for the decision maker (executive sponsor) and the project team). You may be surprised but as often is the case, the opportunity or the problem is NOT big enough or painful enough for them to make a change given everything else that is going on. Here is a good analogy. If you just ask yourself, ‘What do you do when you get a lot of emails?’, you most often only respond to the important emails and ignore the rest because they are lower in priority. It is not that you do not want to respond. It is just that you will respond when the other priorities are addressed. The same happens in buying decisions too.

So, how could you have avoided the situation above as it relates to unseating the incumbent? By asking some simple questions when you learned about the problem even before an RFP was being written and you had access to the client. Question 1. ‘You obviously have a lot of things going on. Adapting to and dealing with change including that of a potential new vendor (new team) will take some work. How do you and your team plan to deal with this?’ Question 2: ‘How are you going to be able to handle this potential initial increase in workload with your other significant priorities?’ The answer to these questions will provide a great deal of insight into where this problem ranks for the client and if they are serious about the change.

While this question – Is it a top three problem? – seems overly simplistic, it has a wide-ranging applicability as you begin to ponder over it more and more. As an example, try applying this to your own organization and see what results you get.

Good luck as you continue to gain more business with government! 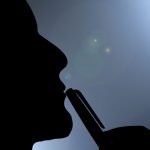 To Platform or not to Platform?
All Posts 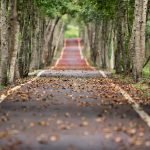